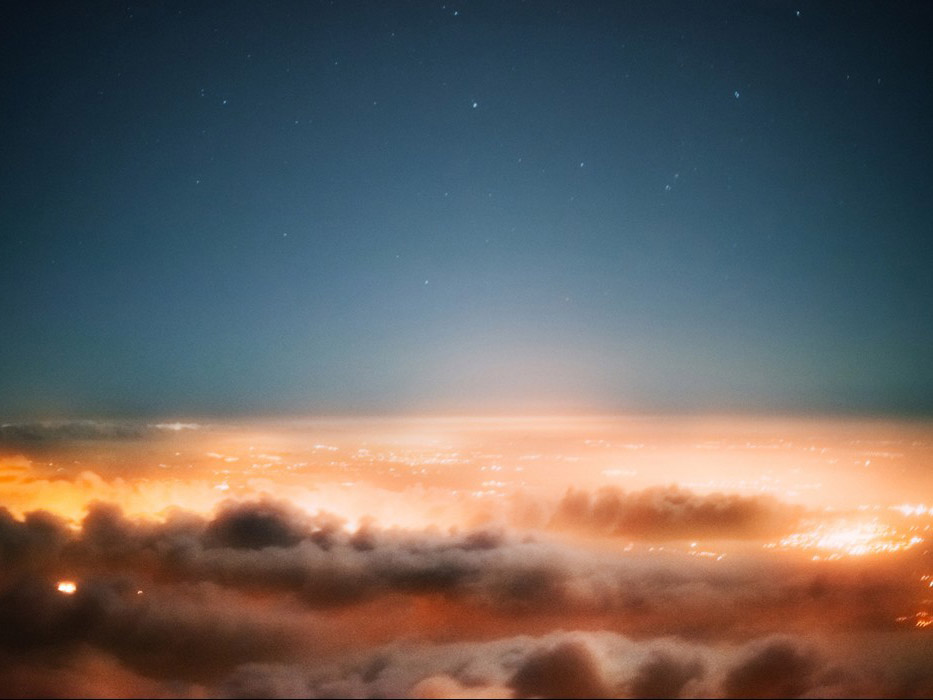 Aerial photographs depict Jerusalem and heavens above it as a fiery inferno or as a tranquil heavenly landscape. The photographs fall between traditional landscapes and satellite imagery often seen from the conflict areas.

In this case the artist visited a Jerusalem he previously only had experienced as a media event; The overwhelming imagery of hell and biblical history.

Memories of major events often gain their meanings through media and not only through political or academic interpretations. As time passes, one creates an intimate relationship with such a media sourced event. These memories created by media distorts our awareness of ourselves as individuals, as members of communities, and as participants in history.