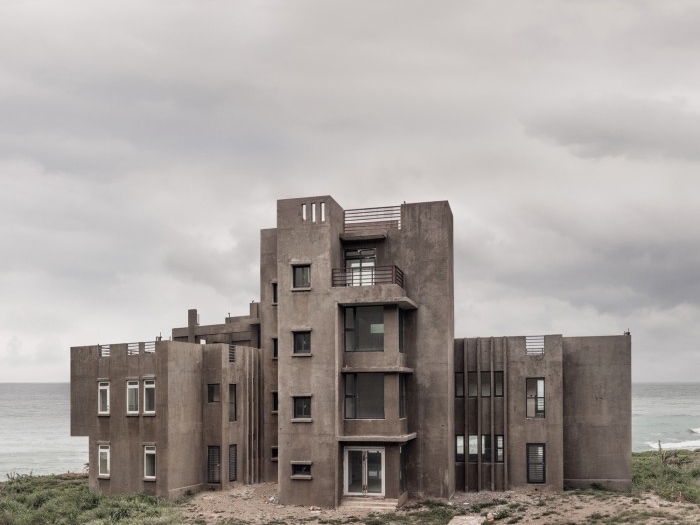 The series is a sci-fi story about the age of global hedonism.Humanity moulds the environment and its structure. At the same time, our culture seeks to adapt to increasingly rapid change. It is paradoxical that we are aware of and know the mechanisms of cause and effect better than ever before.

The works on show feature existing structures that were never completed, such as the concrete frame of an unfinished hotel or the foundations of a skyscraper. Nature is restricted to artificial environments such as zoos or dolphinariums.

Monsters, Dark Mills and Angels is the first part of a trilogy. It consists of a video, photographs and digitally produced images.