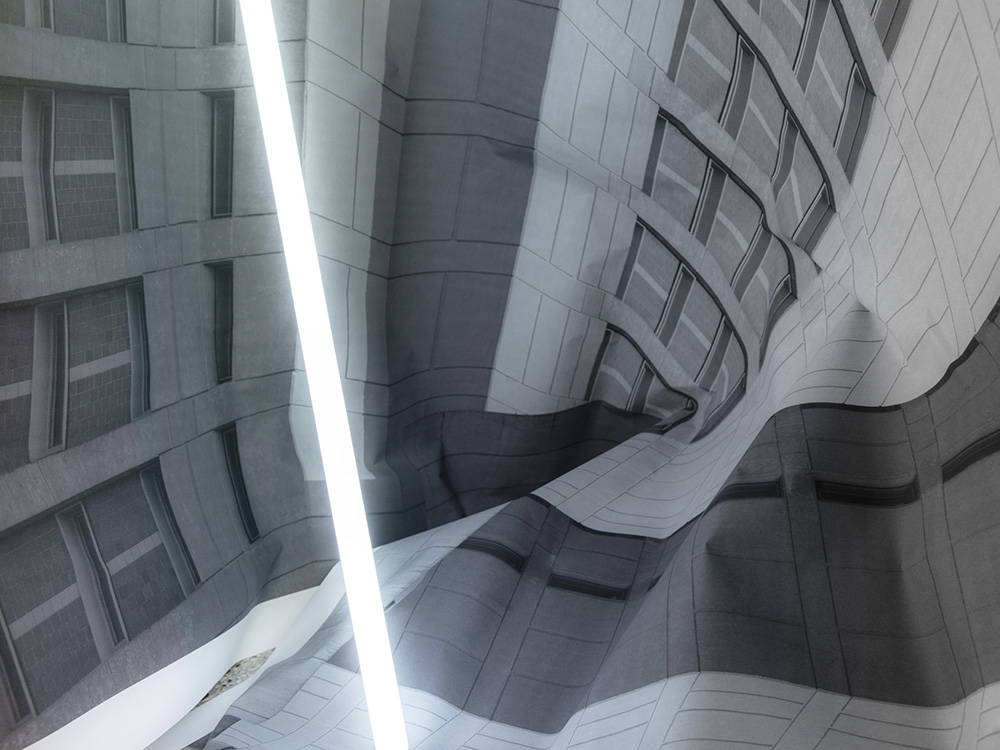 In the third iteration of Pekka Niittyvirta’s exhibition trilogy, photographic works and interactive sculptures form an installation-like body. The exhibition showcases judicial settings, walls and facades — borders and prisons. The photographs taken in The United States and Palestine present one reality without claiming a documentary position — settling themselves between notions of the factual and the imaginary.

The interactive Diptych depicts Qalandiya checkpoint between Jerusalem and Ramallah & north entrance of The New York City Criminal Courts. Work prohibits the viewer from seeing images up close, undermining the notion of non-transparent nature of the judicial system. Sculptures in the exhibition combine the temporality and documentary quality of the photograph, alongside the commercial and institutional framework and aesthetics of the fluorescent tubes.

Diptych depicting Qalandiya checkpoint between Jerusalem and Ramallah & north entrance of The New York City Criminal Courts. As one gets close to the images, the possibility of a clear view is blurred: a closer inspection is denied.